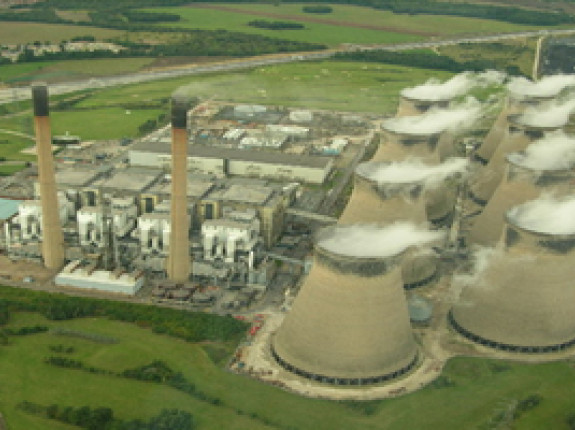 It is the third coal-fired power station to be built on the site since 1924.

In the 1960s, Ferrybridge C power station was opened with a generating capacity of 2 GW from four 500 MW sets; constructed by Central Electricity Generating Board (CEGB) in 1965; on privatisation in 1989 ownership was passed toPowergen, then to Edison Mission Energy (1999), then to AEP Energy Services (American Electric Power) (2001) and to SSE plc (2004).

Two of the four units were fitted with flue-gas desulphurisation (FGD) plant in 2009. In 2013 SSE indicated that the power station would not comply with the Industrial Emissions Directive (2010/75/EU) requiring the plant's closure by 2023 or earlier