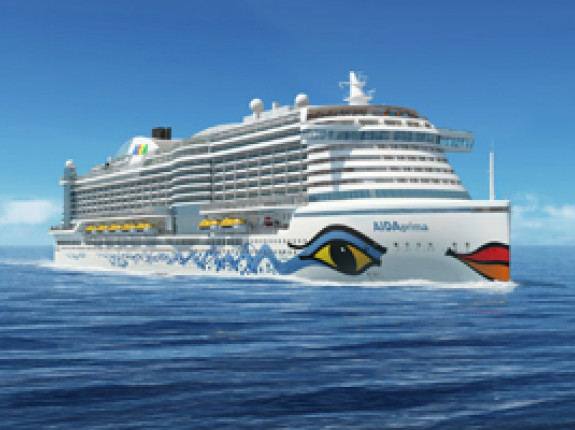 Construction of the first cruise ship began with the keel laying ceremony, held in the Tategami Plant of MHI's Nagasaki Shipyard & Machinery Works in June 2013. The cruise ship touched water for the first time in May 2015.

AIDAprima made her maiden voyage in October 2015, sailing from the Japanese city of Yokohama to Hamburg, Germany. The cruise vessel will be the first to sail from the German port of Hamburg all year round.

The Hyperion Class AIDAprima will be the first cruise ship to use MHI's proprietary technology Mitsubishi Air Lubrication System (MALS). The system forms small air bubbles, which cover the bottom of the vessel like an "air carpet", thereby reducing friction between the hull and seawater when sailing. MALS reduces carbon dioxide and fuel consumption by approximately 7%.

The ship will also be fitted with a detailed filter system, which will reduce harmful emissions such as soot particles, nitrogen oxide and sulphur oxide.

The cruise ship will feature 1,643 staterooms of 14 different categories to accommodate up to 3,300 passengers.