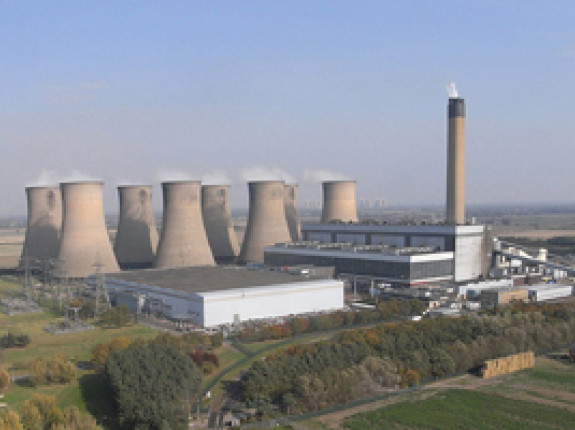 The station comprises four 500 megawatt (MW) coal-fired units, giving the station a total electrical output of 1,960 MW. Units 3 and 4 have been installed with Flue Gas Desulphurisation equipment, which reduces the units' emissions of Sulphur Dioxide by around 90%.

The station was built for, and initially operated by, the Central Electricity Generating Board. The station became the property of National Power on privatisation of the industry in 1990.

British Energy bought Eggborough Power Station, as its only coal-fired power station, in 2000 to provide a more flexible power production facility alongside its nuclear power stations to reduce penalty charge risks from the New Electricity Trading Arrangements introduced in March 2001. The purchase of Eggborough occurred at the peak of the market for power stations, and in 2002 the value of the station was written down by half.

At the beginning of 2009, Électricité de France (EDF) purchased British Energy. In August 2009, it became apparent that the station's lenders, had the option to buy the station the following April, to comply with commitments made to theEuropean Commission when agreeing the acquisition of British Energy. On 1 April 2010, EDF transferred Eggborough to the plant's bondholders.

In November 2014 it was announced, that power station will be acquired by Czech Republic-based Energetický a průmyslový holding.