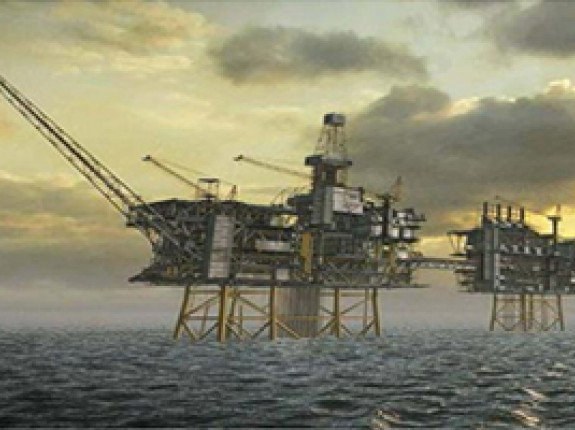 The development will produce about 640m barrels of oil over 40 years.

The Clair field was discovered in the late 1970s but, because of the technical difficulties in bringing oil ashore, actual production did not start until 2005.

Oil industry experts have described it as a "monster" field containing an estimated eight billion barrels of oil and some analysts believe oil produced there could see the Atlantic overtake the North Sea as the UK's biggest oil-producing region.

The field is being developed by BP and co-venturers ConocoPhillips, Chevron and Shell who are involved in the project.

The project involves two new bridge-linked platforms, as well as new pipeline infrastructure to connect to processing facilities on Shetland.

The next major milestone is the installation of the platform topsides, scheduled for 2015, with production expected to commence in late 2016.

When Clair Ridge reaches its peak, it is expected to produce up to 120,000 barrels of oil per day.